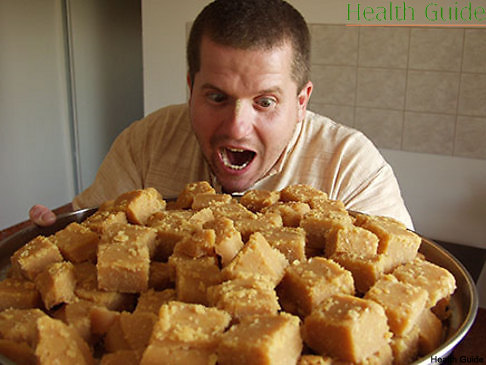 Many people do not understand the difference between hunger and appetite, thus “having a good appetite” is not the same as requiring a lot of food to sustain oneself. Appetite is biopsychological, meaning a combination of biological need, known as “hunger”, and psychological desires. Appetite is what makes people “need chocolate cake” after their chicken-fried steak dinner.

Hunger is a purely biological feeling, which makes you think about food and the need to eat. Hunger grows stronger the longer one goes without food, and diminishes after having eaten. Naturally, there are psychological reasons behind the feeling as well, but these are simply psychology helping biology out. The sensation of hunger is controlled by numerous chemical agents in the body. However, for some people the feeling of hunger (or lack thereof) is not the only thing that controls their eating habits. Some people feel the need to eat due to a variety of psychological responses. For example, some people eat when they’re anxious or depressed. Therefore, appetite can become a coping mechanism, which begins to work whenever something triggers it.

This distinction between hunger and appetite is essential for anyone who wants to lose weight. Generally, people who eat when they are hungry and stop when they are full, do not have weight problems, or at least their problems are not nearly as severe. One of the main tactics for people, who want to lose weight, is to learn to differentiate between hunger and appetite, and to learn to stop eating when full.